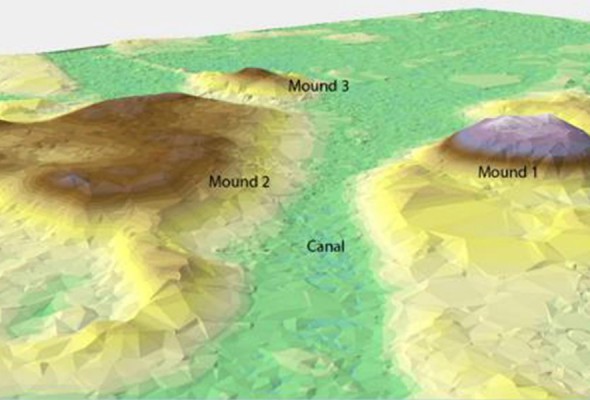 Let’s go on an eco tour by kayaks or boat around Fort Myers Beach and explore the estuary!

Our big backyard, Estero Bay, has been the location of exploration for thousands of years—and now it’s waiting for you. Travel back in time as we cruise by hundreds of acres of preserved estuaries, entire ecosystems that look just as they did when the area was inhabited by the native Calusa tribe who at one point hosted a population of over 50,000!

Dating back thousands of years, this Native American tribe ruled the surrounding lands and waters of Fort Myers Beach and Southwest Florida. These ancient people have recently caught the eye of scientists for accomplishing an astounding feat. Mound Key, a nearby island with the highest elevation in the area, has been discovered to be an “Artificial island” created by the Calusa people over many years.

Mound Key was created after shells were piled into massive hills reaching heights above sea level. There were a number of artificial islands created in this fashion but Estero Bay’s very own Mound Key was the central capital of the Calusa kingdom.

According to lead scientist of the recently published study about Mound Key, Victor Thompson, “The Calusa were an incredibly complex group of fisher-gatherer-hunters who had an ability to engineer landscapes. Basically, they were terraforming.”

In his study, Thompson explains that his group found that shells of different ages were intermixed when it was his hypothesis that older shells would be at the base of the mound with newer shells resting at the top. He concludes that these mounds were not permanent structures but continuously moved and changed to fit the needs and purposes of the tribe.

“They lived on top of high midden-mounds, engineered canals and water storage facilities, and traded widely while developing a complex and artistic society. It takes a team of scientists with different skills working together to discover how all this worked.” says Thompson.

It is our pleasure to take visitors and locals on adventures the Calusa tribe may have also embarked on. It is our duty to educate others and work to conserve this area for years to come. Come on over, take a tour and lets travel back in time together.