Capt. Mike Denegre of Good Time Charters reports a great red fish bite in Estero Bay.  Using jig heads tipped with live shrimp along the mangroves proved most successful.  Most of the reds caught were undersize but there were lots of em and they’re hungry!  Mixed in with the shorts were some slot fish as well a couple over sized.  Along with red fish,  the sheepshead are starting to pick up as the water temp. begins to cool.  Those sheepshead that were quick enough to beat a red fish to the shrimp were decent size all 12″ plus.  Casting just out from the trees in slightly deeper water found plenty of trout and an occasional flounder.  Lots of great action in Estero Bay this past week especially on the strong tides and in areas of decent water clarity. 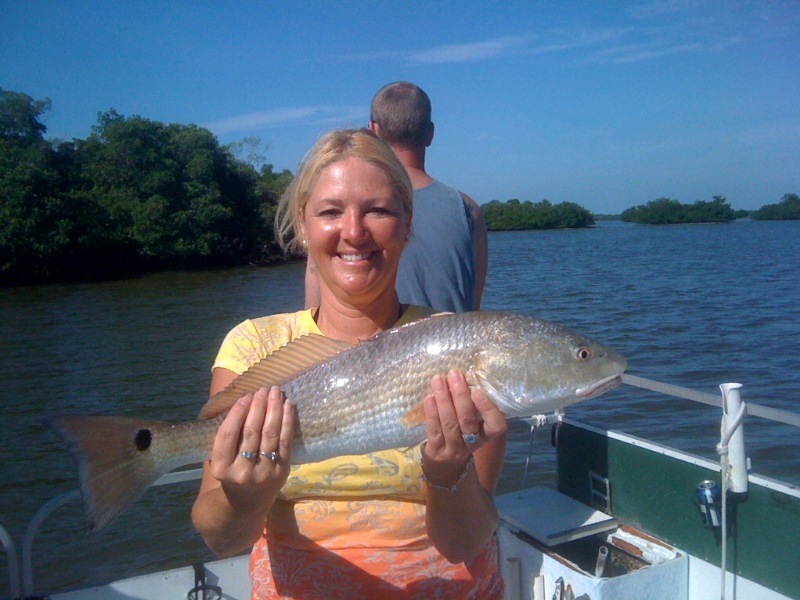