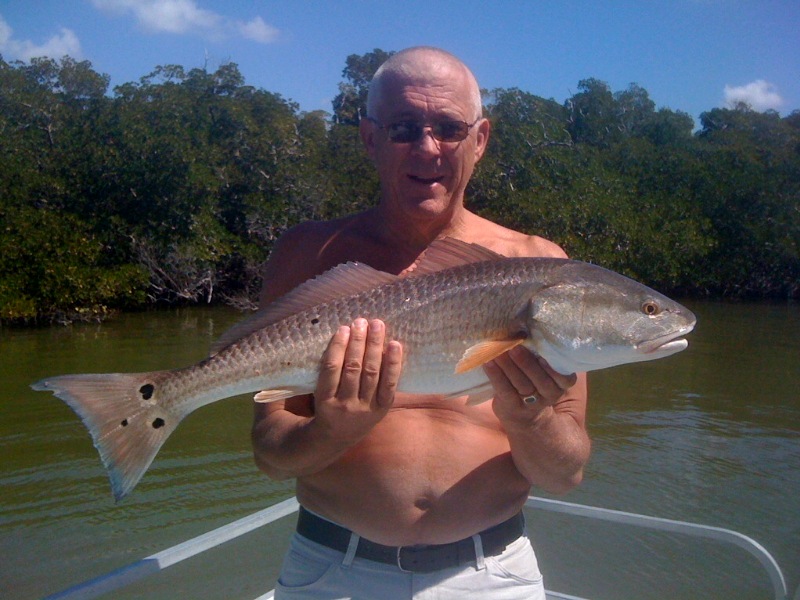 Captain Mike Denegre of Good Time Charters reports the sheepshead spawn is on!   This past week captain Mike’s charters roped in loads of sheepshead in the 4 to 5 pound range.  All the fish were caught on small to medium live shrimp around oyster bars and the base of mangrove islands in areas of 3 to 4 feet deep.   Mixed in with the sheepshead were red fish and an occasional snook,  the better catches of the week being a nice 31 inch red caught using live shrimp on a jig head deep under the mangroves in good current.  When captain Mikes charters got tired of beating on the sheepshead it was to the trout holes where there was lots of action between slot trout and more ladyfish than you could shake a stick at.  The trout were found around the mangroves in areas of good current, picking up jigheads tipped with live shrimp.  For the trout and ladyfish bouncing the bait on the bottom or floating under a cork proved sufficient.  Several pompano and spanish mackeral were caught as well this past week in the back bay, an encouraging look at what may be ahead with this warmer weather.