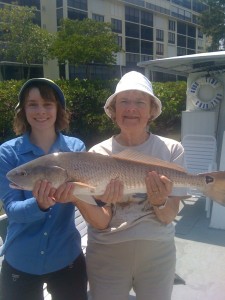 It has been an awesome week in Estero bay despite the hit or miss weather of fronts and rain.  Red fish are on fire with most measuring mid slot.  The reds were eating live shrimp on jig heads just out from the mangroves in areas of good current and about 2 to 3 feet of water.  The top of the tides have been most productive for the reds as well as for sea trout. Working the grass flats with a popping cork and a jig head tipped with shrimp was all it took to entice the sea trout, many mid to upper slot.  Also being caught this past week were lots of snapper and sheepshead, mostly on the shorter end but in large abundance.  found catching these notorious bait stealers took no more than a bite size chunk of shrimp on a jig head.